SwapStop is a fourth-year design project, which is an eight-month long cumulative project by Mechatronics Engineering students at the University of Waterloo. The idea for this project came from the team member's love of all things robotic and autonomous, and seeks to help make coordinated swarms of multirotor drones practical for extended use.

Swarms of drones have long been theoretically useful, but run up against the problem of short battery lives in real-world scenarios. If a single drone has a battery life of 20 minutes of flight time, then even a modest swarm of 10 drones mean one landing on average every two minutes. This is a logistical nightmare, and ramps up the human labor costs.

SwapStop seeks to solve the problem via automation. Drones can detect low battery levels autonomously, land autonomously, have their battery swapped autonomously, and then take off – again autonomously, this time with a fully-charged tank. The prototype is designed with eight charging bays and a blazing <35s swap window to maximize drone utilization. It can keep a number of drones in the air indefinitely.

The SwapStop team comprises of four such students: Will Clark, Tom Meredith, Geoff Spielman, and Will Thibault. The design of SwapStop has been an iterative process beginning in September of 2019, and ending at the Mechatroncis Engineering Fourth Year Design Project Symposium on Friday, March 13th. This website and its associated blog documents the major development milestones from here on out, including cool solutions to problems involving electrical, software, mechanical and controls systems. 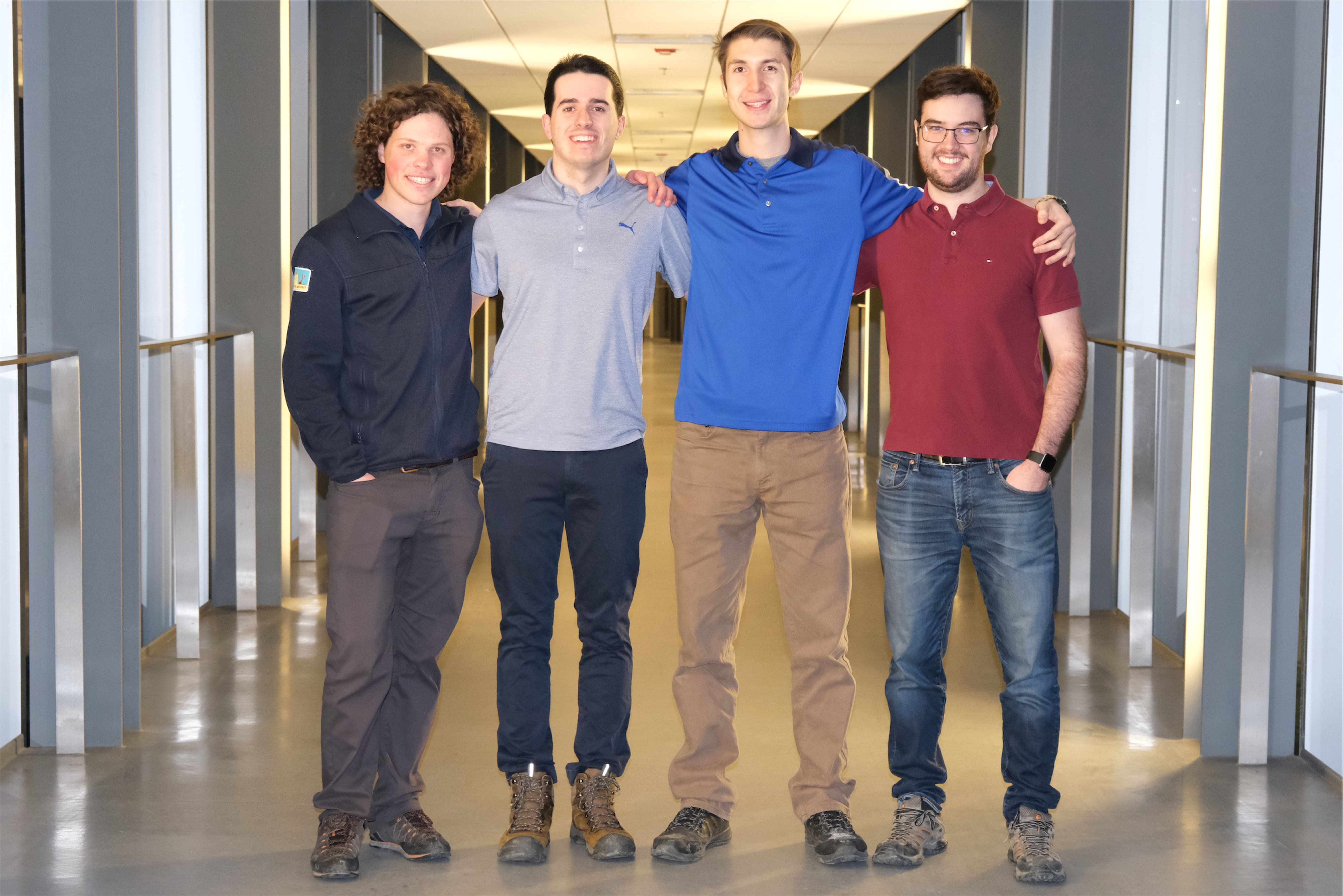